Quodlibet are a group of four vocalists, who specialize in singing madrigals and chansons of the sixteenth century, both from England and abroad. The group is made up of Anna Keightley (soprano), Chris Johnson (counter-tenor), Jeremy Pritlove (tenor) and Peter Bull (bass).

Quodlibet means ‘whatever you like’ — it refers to a characteristic musical form of the Renaissance, in which different melodies were combined into the same musical composition.

In a sense, the name Quodlibet expresses the philosophy of the group: we sing what we like, and we sing for pleasure! The presentation of concerts is light-hearted and informal, each group of pieces introduced with entertaining anecdotes about the music.

Quodlibet have performed in the Leeds International Concert Season, both in the Summertime Festival and in the Leeds City Art Gallery concert series. They have also appeared at many properties in the care of the National Trust and English Heritage, including Fountains Abbey, Hardwick Hall, East Riddlesden Hall, Audley End House, Mount Grace Priory and Bolsover Castle. 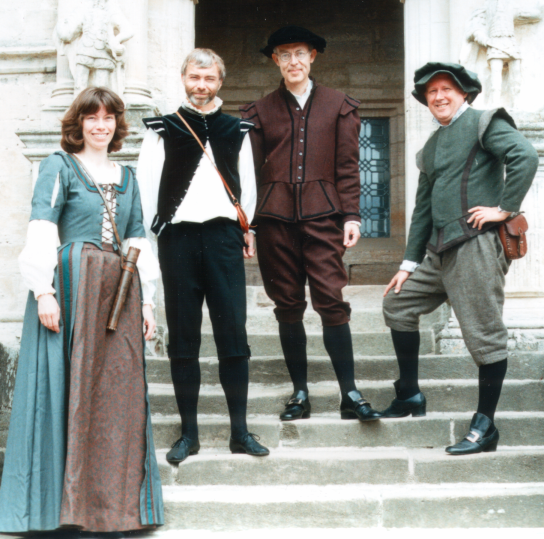