From a young age Tom has earned respect and admiration from musicians and music lovers across the globe.

Now in his early 20s, Tom has already toured with some of the most important artists of the past 60 years, including The Moody Blues John Lodge, Paul Jones (The Blues Band, BBC 2), and The Move. Tom has been honoured to work with legendary producers including Richard Digby Smith (Free, Bob Marley and Led Zeppelin) on his trio’s first recordings.

7 years with the Tom Walker Trio found him playing prestigious venues around the UK including Ronnie Scotts, 100 Club, The Borderline, Eailing Blues Club, The Birmingham Town Hall, and The Jam House as well as appearances on Big Centre TV and Made in Birmingham TV. Successful radio play on the Paul Jones blues show BBC Radio 2, Paul Franks Show BBC Radio WM and Switch Radio has attracted fans from all over world, joining his ever growing, loyal fan base.

Tom C Walker was a UKBlues 2018 Challenger. With an impressive reputation as a live blues act, Tom is now on the road with his 4-piece band, who are fast becoming known as one of the UK’s best live blues acts. 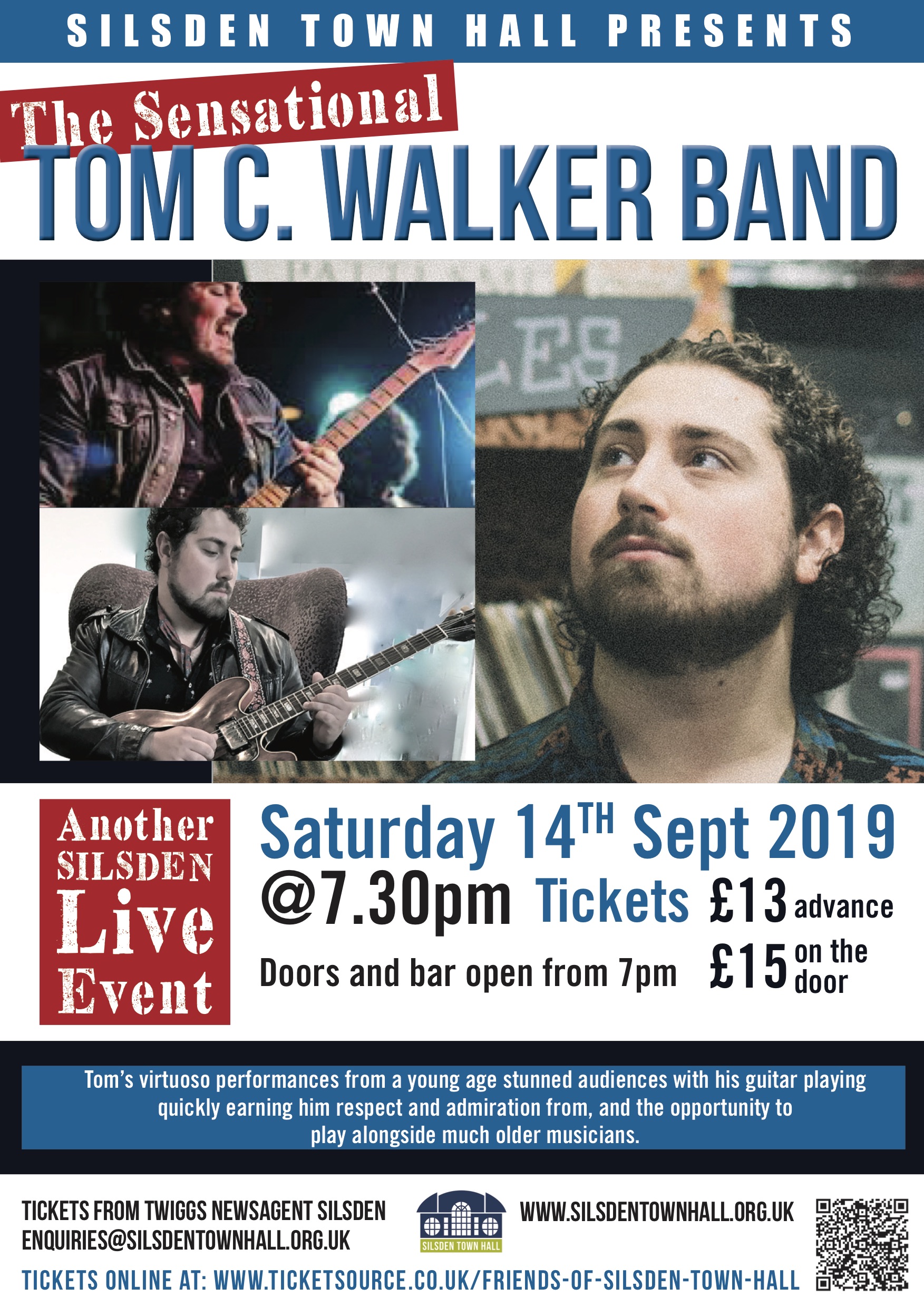